Guidelines of certification have been formulated for production of quality seeds which are enumerated below:

Certification of Seed shall be completed in six phases as listed below:

1. Receipt and Scrutiny of Application

Application for certification shall be in form No.8 in Annexure-X and should be filled up by the seed Growers and submitted to the Assistant. Seed Certification Officer (ASCO) having jurisdiction over the village before sowing but not latter than 10 days after sowing. Late application may be accepted at the discretion of the certifying agency. An application may be withdraw later if any field entered is incorrect or to correct its reported area. If notice of withdrawal of field receive is too late i.e. the ASCO makes his first visit to the cultivators farm, the full inspection charges will be charged.
The Head of Zonal office shall immediately on receipt of application, stamp the date of receipt on it, allot the application number (AN) on both copies as per procedure below and then satisfy himself that:

The Zonal Office shall complete the above within 10 working days following receipt of application and indicate its decision on both copies. It shall then send the original to the ASCO and return the second application after entering the records in the “application register” quoting Lot No. as per procedure of 1st, 2nd and 3rd part.

In all cases where the field are under foundation or certified seed production, the individual who has taken up the production must submit to the Seed Certification Agency documentary evidence including the certification tag, purchase records etc. as may be recommended by the certification agency in order to establish the source of seed with which field has been sown and mentioned tag under in the application form.

The Primary purpose of field inspection is to satisfy specially the following:

When to make Field Inspection:

Field Inspection shall be conducted 4 times at different stages of crop growth and reporting to be done as per format at Annexure-XII.

Seed field not conforming to prescribed standard for certification at any inspection, the Assam State Seed Certification Agency shall upon the request of seed producer and after removal of sources of contamination in the field and maintained within prescribed isolation distance and/or the contaminated plants in the seed field (if so directed by the Certification Agency) may perform one or more re-inspections provided such removal can ensure conformity of the seeds crop to the prescribed standards and provided no further irreversible damage has been caused to the quality of seed by the contaminants. The certification Agency may at its discretion also perform one or more re-inspection over and above the minimum number of inspection prescribed,if considered necessary.

The harvesting and threshing will have to be done after obtaining approval from the certification Agency. The grower must complete all stages of threshing, winnowing etc. within stipulated time. The rejected staff will have to be removed from the seed store. The clean and graded seed should be bagged.
The seed bags have to be got duly sealed. Samples of seed required for conducting germination test at the notified laboratory will be taken up by the ASCO attending the cleaning and grading works. It is the responsibility of the seed grower or his agent to be present at the time of drawing samples. At the time of sampling, each bag should be marked by the ASCO for certification of variety and number of bags from where sample taken.

It is the most important process in seed health test. If sample is accurate it gives better result. Rules have been framed for accuracy.

Size of Sample to be submitted:

Soon after completion of seed processing/manual cleaning and grading or after seed treatment as the case may be, Assam State Seed Certification Agency shall draw a representative composite sample as per procedure specified in seed testing manual. The quantity of seed samples so drawn shall be sufficient to provide three samples of the size of submitted sample (Annexure-XIII). The composite sample will be divided into three equal parts, and one shall be sent for analysis to the Zonal Seed Testing Laboratory, the second part to the Seed Producer and third part may be kept by the ASCO as guard sample.

The Seed Testing Laboratory shall analyse the seed in accordance with the prescribed procedure and deliver the Seed Analysis Report to the Certification Agency as early as possible may be, but not later than 30 days from the date of receipt of samples unless the seed is subjected to such tests which require more than thirty days for completion of test. Format at Annexure-XIV.

a) On receipt of Seed Analysis Report and result of grow-out test whenever prescribed if the seed lot has met prescribed standard, the ASSCA shall ensure Packing, Tagging, Sealing and Issuance of certificate expeditiously.
An authorised official of the Certification Agency shall endorse the signature on the reverse of each certification tag and shall affix rubber stamp indicating the officials name and designation. Container to be used for packing of certified seeds shall be durable and free from defect.
b) Advance tagging may be permitted at the discretion of the Certification Agency.

The Assam Seed Certification Agency shall have the authority to refuse certification of any seed production field or any seed lot that does not conform to the minimum standards prescribed for that particular crop, either for field or for seed or both. Such refusal will be subject to any appeal made to the Appellate Authority constituted under section 11(1) of the Seed Act, 1966.

The validity period shall be nine months from the date of test at the time of initial certification. The validity period could be further extended for another nine months provided on re-testing seed conforms to the prescribed standards in respect of physical purity, germination and insect/pest damage for all seeds except vegetatively propagated materials for which lot shall be re-examined for seed standards specified for respective crops. The  extension of validity is done as per procedure framed by the ASSCA. Revalidation shall be only in respect of germination and not in respect of genetic purity. The lot number first allotted by the Certification Agency at the time of initial certification shall continue unaltered through out all the revalidations. An application shall be made to the Director, Assam State Seed Certification Agency for extension of validity. 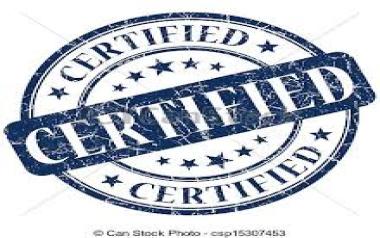